Turkey’s state-run Anatolia news agency, carrying a picture of one of the warships, yesterday said Russia had “summoned” the vessels back to its Black Sea fleet to strengthen its military presence in Crimea. A Ukrainian vessel was also seen crossing the Dardanelles Strait off Turkey’s west coast and was expected to enter the Black Sea, the agency said.The Turkish military said that it scrambled eight F-16 jets on Monday after a Russian spy plane was detected flying parallel to its Black Sea coast. 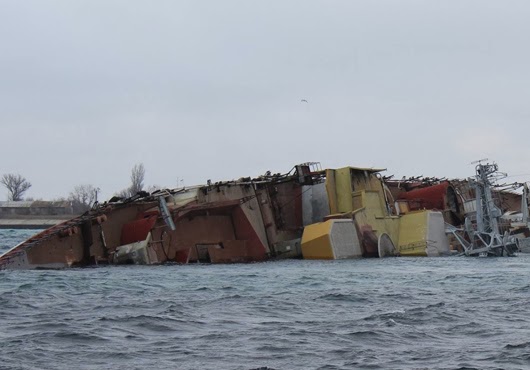 The Russian Navy Ochakov Kara-class cruiser was sunk last night to block the Ukrainian Navy ships deployed in Novoozerne, the Ukrainian Ministry of Defence said in a press release today
at Thursday, March 06, 2014