If you are in an international flight flying over THOSE troubled hotspots, it is better to start chanting God’s name until the screen on your seat shows those countries have passed. Earlier there were reports that ManPads were stolen from a military base in Benghazi, Libya. Last week Pakistan and Saudi Arabia are supplying ManPads to Free Syrian Rebels.  Just avoid flying and prefer video conferences or ask the airline pilot for an alternate short cut route over the north and south pole to Thailand. Source Wikipedia 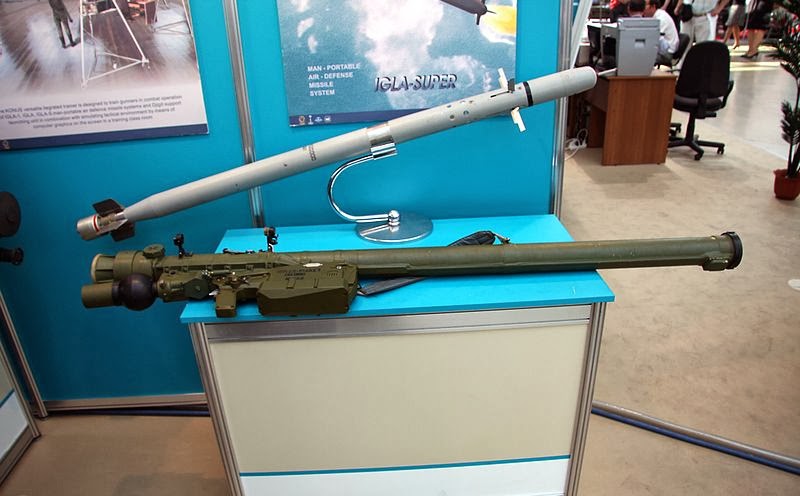 Man-portable air defense systems (MANPADs) – have gone missing from two Ukrainian military units, according to a high-ranking official in Kiev. Several dozen 9K38 Igla (Needle) air defense systems (SA-18 Grouse in NATO’s classification) have been stolen. The Igla MANPADs are designed to strike down low-flying targets. Their distribution is regulated by a number of international agreements since it’s highly undesirable that this type of weapon gets into the hands of terrorists. Russia and the US have an agreement on MANPADs’ distribution.
at Sunday, March 09, 2014