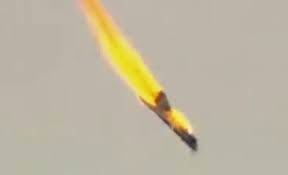 The laser is able to shoot down various small aircraft within a two-kilometer radius and can do so in five seconds after locating its target, a spokesperson of China Academy of Engineering Physics, one of the system’s co-developers said. Characterized by its speed, precision and low noise, the system is designed to destroy unmanned, small-scale drones flying within an altitude of 500-m and at a speed below 50m/s, it said. The new laser system, which will either be installed or transported in vehicles, is expected to play a key role in ensuring security during major events in urban areas.Small-scale, unmanned drones are relatively cheap and easy to use, which makes them a likely choice for terrorists.  A recent test saw the machine successfully shoot down more than 30 drones — a 100 percent success rate.
at Monday, November 03, 2014