Commissioning on 28th November Nuship Canberra departed BAE Systems dock yard in Williamstown, Victoria on 29 October as hundreds of Defence industry staff lined the pier to say goodbye.The shipyard has been home for Nuship Canberra since late 2012 when the hull arrived from Spain. The Royal Australian Navy will commission Nuship Canberra at the end of November 28th 2014 to be crewed by 400 personnel from Navy, Army and Air Force. Photo – BAE systems Australia 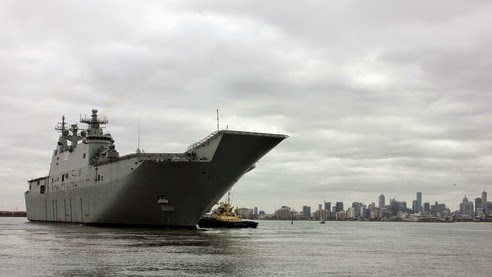 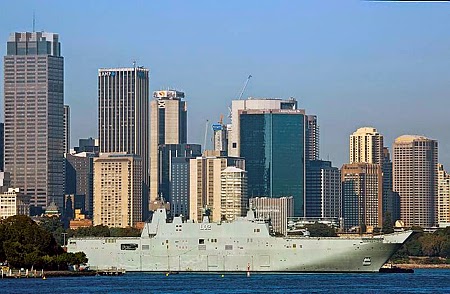 Canberra is designed to operate up to six helicopters at any one time on the ship’s multi-spot flight deck.The Landing Helicopter Dock (LHD) will provide Australia one of the most capable air-land-sea amphibious systems in the world.
at Sunday, November 02, 2014