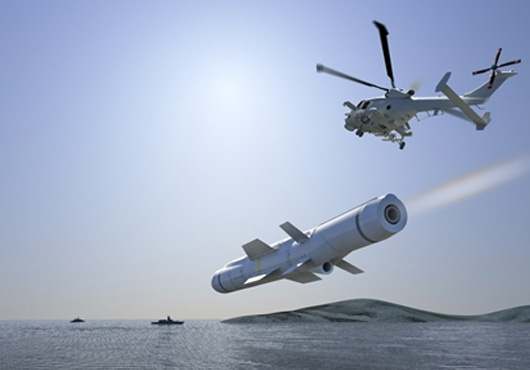 This jointly funded Anglo-French contract for developing a Anti-Ship Missile, valued at more than £500 million has been awarded to MBDA by the UK and French and UK MODs and will be managed as part of MBDA’s Team Complex Weapons Portfolio. This Contract will also benefit the capability and export potential of those European helicopter platforms which will integrate the FASGW(H)/ANL system over the coming years. FASGW(H)/ANL will equip the Royal Navy’s AW159 Lynx Wildcat helicopters and the French Navy’s maritime helicopters. Weighing around 100kg, this modern primarily anti-ship missile will destroy from safe stand-off ranges vessels ranging from FIAC (Fast Inshore Attack Craft), through medium sized FAC (Fast Attack Craft) up to large vessels such as Corvettes. This missile also has a surface attack capability against coastal and land targets.
at Saturday, March 29, 2014